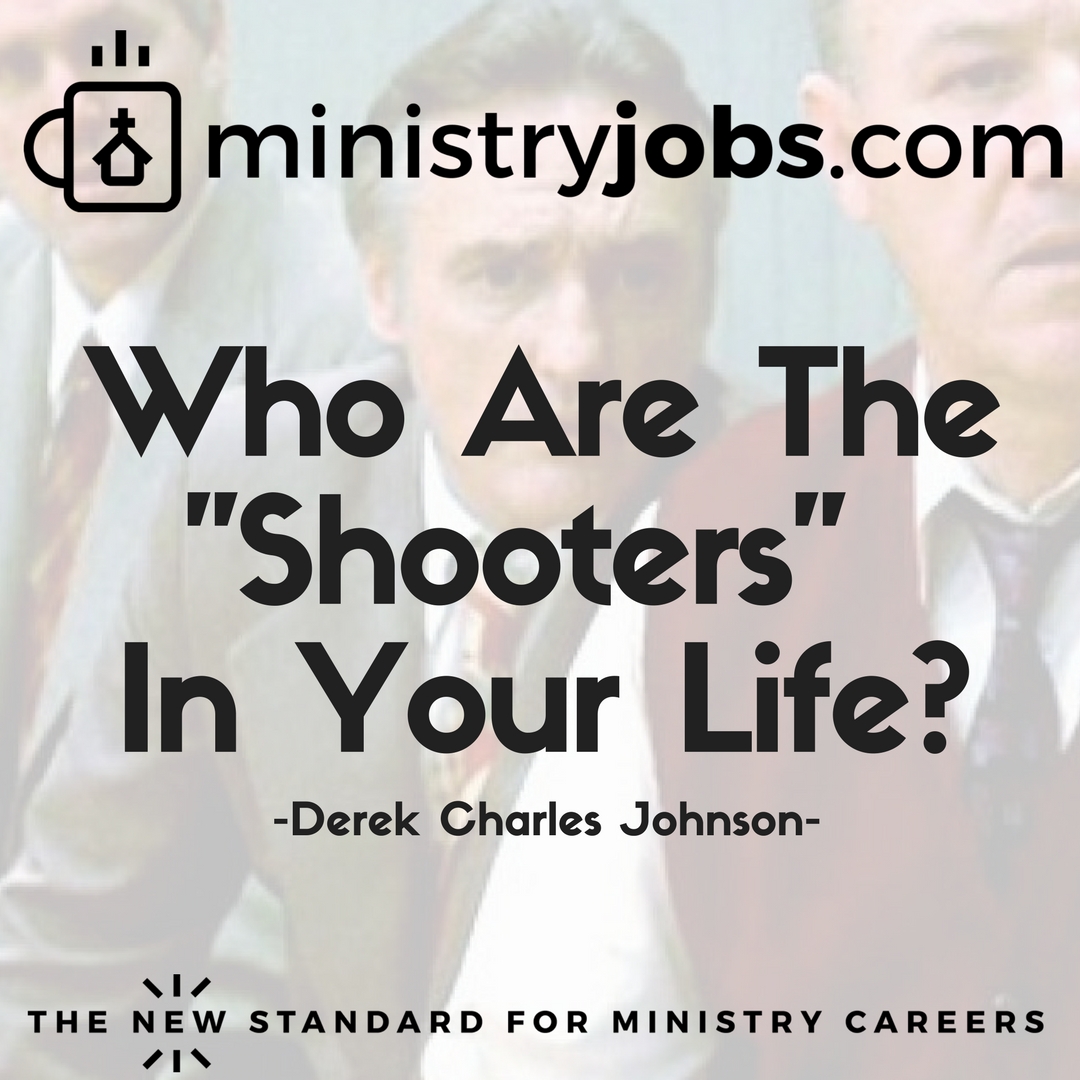 Who Are The “Shooters” In Your Life?

I watched a favorite movie of mine the other day:  Hoosiers.  It’s getting a little dated but I still get “all the feels” whenever I view it.  Hoosiers is such a compelling story.  Having 4 boys at home who are just starting to get into sports, I thought it would be fitting for them to view the iconic basketball “David vs. Goliath” story.

If you’re familiar with Hoosiers, you know it’s a story about the sleepy small-town of Hickory, Indiana where basketball is a religion.  Set in the 1950s, it follows a fictional high school team which goes from nobodies to state champions (spoiler alert).  Along with the overall story of an unlikely team finding sports greatness, the movie has several subplots.  There’s the new coach with the sketchy past:  Norman Dale played by Gene Hackman.  There’s Jimmy Chitwood, the team superstar whose basketball career might be over due to his father’s passing.  And then there’s Wilbur “Shooter” Flatch played by the late Dennis Hopper.  Shooter seems doomed to be stuck in the glory days of his basketball past, as his present-day life consists of alcoholism and begging the town locals for spare change.

It’s the character of Shooter who left an impression on me during this most recent viewing of the movie.  By all estimations, Shooter is an embarrassment at best and an incompetent drunk at worst.  His son Everett plays on the team and to his dismay, Shooter will show up at games slobbering and stammering in a drunken stupor.  Shooter may love the game of basketball but he can’t stay sober even for a couple hours to watch his son play a game.

Despite all of this, it is Coach Dale that decides to risk big and take Shooter on as an assistant.  He realizes Shooter knows the game and has an eye for finding the opposing team’s weakness.  But he takes Shooter on one condition:  he must clean up and sober up.

If you’ve watched the movie, you know the rest of the story.  Shooter comes on board and grows in confidence as Coach Dale gives him dignity he hasn’t had in a long time.  Shooter earns back the respect of his son and even helps the team to a last-second win after Dale gets “kicked out” for disputing a ref’s call.  In the end, Shooter does fall off the wagon but he’s come too far to turn back.  He’s admitted to the hospital and gets detoxed, determined to turn his life around once and for all.

It occurred to me as I watched this movie that the attitude of redemption and seeing something of value in people is a very Christ-like trait.  Although the movie had no direct ties to make this statement, I saw in Coach Dale a small representation of what Christ must see in all the “least of these”.  In those whom society sees no worth and no possible chance of redemption, Jesus sees something else.  He sees worth and value and He puts Himself in the middle of their story.

The Gospels are chock full of encounters displaying Christ’s compassion.  Think of the Samaritan woman at the well (John 4).  Or the woman caught in adultery (John 8).  How about the lepers healed in Luke 17?  Finally, even in His death Jesus reaches out to the thief on the cross saying “today you will be with me in paradise” (Luke 23).  In each story, we see our Savior giving meaning to someone otherwise meaningless.  He chooses to give worth to the ones deemed unworthy.

So what does this mean for us?  If we’re honest, we all have “Shooters” in our lives:  people who have been broken by an event either of their own choosing or perhaps circumstances they had no control over.  But that event led to an unraveling and a form of cultural shunning that has left a mark no less obvious than a proverbial “scarlet letter”.  The neighbor down the street who nurses a private painkiller addiction.  The husband and father who lost his job and has to file for unemployment to help pay the bills.  The pregnant and unwed teen who sees no hope and is seriously considering an abortion.  The list goes on and on.

I’m convinced that in every situation, we as Christians are called to minister to the least of these knowing that when we do, we are ministering unto Christ Himself.  We do it because Christ’s love compels us to; His Holy Spirit works within us to produce feelings of compassion and a desire to reach out to the unlovable and undesirable.  It’s a mystery how this happens as we cannot produce these feelings in and of ourselves.   As the Bible teaches our good deeds apart from God are as “filthy rags” (Isaiah 64:6).  Society’s best efforts apart from Christ are really just that: best efforts.

The challenge for each of us is to consider, who can I give dignity to today?  Many will never darken the door of a church, let alone crack a Bible or pray.  But we can be imitators of Jesus, putting on His flesh and speaking life to those who are desperate to be looked at as a real person.  We can bring a message of hope and salvation in Jesus Christ.

How about it?  Who are the Shooters in your life today?  What person has been put in your path which the rest of society has passed over?

Written by Derek Charles Johnson. Derek is a singer/songwriter and church worship leader at New Life Fellowship and resides in Aberdeen, South Dakota. To find out more about Derek, be sure to check out his blog here.