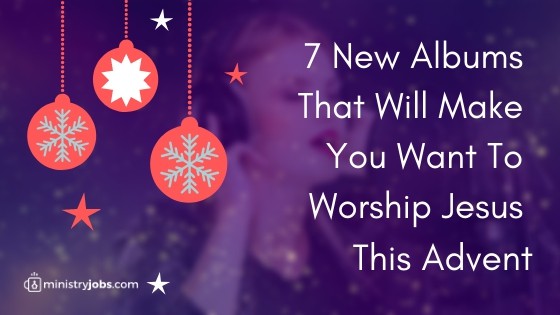 You might not enjoy hearing Christmas music, say, every time you go out shopping. But if you’re like many of us, you probably still have some favorite Christmas albums you’ll listen to while decorating your house. Maybe those even include some of our recommendations from 2017! Or perhaps you enjoy the opportunity to worship God with songs you don’t get to sing during any other time of the year.

Even if you have a set of favorite Christmas tunes, it’s fun to find something fresh now and then.

With that in mind, we’ve compiled a short list of Christmas albums released this year that we think you might enjoy.

Daigle has been in the news quite a bit lately and has re-released her 2016 Christmas album in a deluxe version. It contains a mix of traditional songs done in a soulful, jazzy style.

Listen to Lauren perform “Away in a Manger”

Another deluxe version re-release comes from Hillsong Worship. The album includes two new live recordings, as well as instrumental versions of the songs.

Featuring: Joy to the World, Hark, Prince of Heaven, When I Think Upon Christmas

Speaking of which, Darlene Zschech, whom you might recognize as formerly being with Hillsong, has released a new Christmas album with Hope Unlimited Church.

Featuring: The Mystery (feat. Luke Taylor), Do You Hear What I Hear (feat. Katie Smith), Away in a Manger (He Is Here) (feat. Coco Gleeson & Piper Rorke), Emmanuel (Glory to God) (feat. Laura Robertson)

Away in a Manger (He Is Here) (Official Audio)

Caleb and Kelsey, Christmas Together

Another artist we recommend is husband and wife duo Caleb and Kelsey. Their Christmas album is distinguished by its beautiful piano music and the couple’s harmonies.

What Child Is This? / O Come Emmanuel

Matt Maher, The Advent of Christmas

Grammy nominee and Dove Award winner Matt Maher anticipates the coming of Christ with a creative album focused on Advent.

Featuring: Gabriel’s Message, He Shall Reign Forevermore, The First Noel, When I Think of Christmas

116, The Gift: A Christmas Compilation

Are you looking for hip hop music to jam to while you’re making Christmas cookies? If so, this is the album for you!

David Phelps, It Must Be Christmas

David Phelps used to sing with the Gaithers and is now a solo artist. Here are some of the tracks we enjoyed most from his new Christmas album.

Featuring: Go Tell It on the Mountain, Fall on Your Knees (feat. Charlotte Ritchie), Catching Santa, In the Bleak Midwinter

Watch David perform “Go Tell It on the Mountain” live!